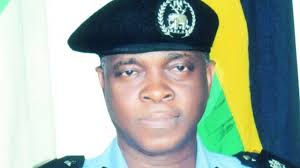 Following incessant cases of kidnapping in some secondary schools in Lagos State, the Assistant Inspector General of Police for  Zone 11, Agboola Oshodi-GLover has put on red alert officers under his command in Ondo, Oyo and Osun States.

Addressing representatives of the rank and file of the Ondo State command in Akure, the AIG said the police would not allow criminals take over the states under him but cautioned personnel to respect the human rights of the people.

Oshodi-GLover advised officers and men to key into several cooperative schemes of the force to have a blissful retirement, re-stating the commitment of the police IG to their welfare.

Meanwhile ,the Governor of the State,Mr. Oluwarotimi Akeredolu, SAN, has, enjoined the police to provide adequate security to keep the menace of kidnapping out of ondo State.

Akeredolu, who made the appeal during a courtesy visit to him in akure by the new Assistant Inspector-General (AIG) of Police, Zone 11, Agboola Oshodi-Glover said the kidnapping menace was a source of concern to the people and government of Ondo State.

The Governor welcomed the AIG to the state, and assured him of necessary synergy and cooperation of his administration.

Earlier,  the AIG  Mr Agboola Oshodi Glover, assured of the readiness and eagerness of his men to ensure adequate security for the state.

Mr Oshodi-glover was accompanied on the visit by the Ondo Police Commissioner , Hilda Ibifuro-Harrison and other top brass of the force  in the zone.