In the 21st century, if we need to build a prosperous modern nation that is equitable to all irrespective of ethnic, regional, or religious differences then it’s paramount that these differences should give way to competence, proficiency, and efficiency in governance.

Zoning only consecrates mediocrity and paradoxically also it entrenches disunity. The ’it’s my turn or our turn’ psyche is not just obnoxious and an affront to intelligence –sorry to say- which most African politicians don’t enjoy- as they ride on our primordial differences to power- but the root cause of retrogression and underdevelopment and more disunity characteristic of our nation.

Tribal and regional groups or politicians that threaten national unity if power is not handed over to them on a platter of gold are parochial and do not deserve to lead a diverse nation. The consequence of giving power to them is always disastrous and counterproductive if seeking peace is what the driving force is.

I could remember, a leader that got power through such an arrangement of suppression and manipulation of candidates said in media when asked why he was giving his people and region preferential treatment: ‘if retire, I am going back to my people’. Inadvertently he was saying, his personal interest and that of his people is the overriding drive for power at the expense of the national interest of even development and unity. So what do we expect from that?

The constitution is crafted to give a level playing field for every citizen to aspire for power based on the fact that every person is equal by the law, and any preferential selection or imposition is not just antithesis to such supreme goal and objective but will put the nation in a perpetual circle of disunity and agitation since every tribe and grouping will be crying: ‘it’s my turn’.

Zoning also perpetuates the culture of rigging, vote-buying, and lack of transparency in elections.

Nigerians then need to be wise and discard these selfish politicians that thrive on playing on our difference to ascend or stick to power. This nation- God’s willing — will prosper and Nigerians will not be cajoled to these archaic antics.

The year 2023 is the year to choose leaders not based on their region, tribe, and creed but on what they can offer to solve our myriads of problems. Any person or group that feels it’s their ‘turn or right’ to impose themselves on the nation through blackmail, violence, or threat of succession over more than 200 tribes is a minority rule that will woefully fail. No single tribe in Nigeria is but a minority in our collective unity, therefore we reject minority rule as we fought it in South Africa.

The preoccupation of any progressive political party should be how to win majority votes as stipulated in the electoral act and that is only possible if the election umpire is honest and elections are free and fair. This should be the spirit that should be inculcated into the psyche of our youths for progressive and prosperous nation-building not going back to the sludge of regression and swamp of irresponsibility for the thirst for power of which only a few politicians and their cronies enjoy the dividends of.

We have to teach all agitators for power that it is through conviction and convincing the populace that one can ascend to power, not through blackmail, violence, or electoral malpractices.

May Allah save us all. Amin 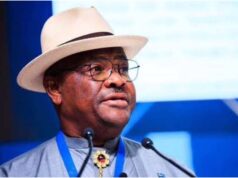 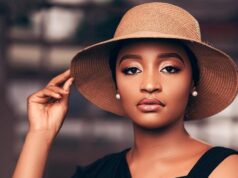 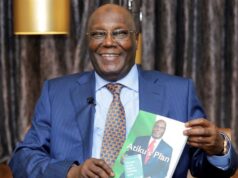 Who will Save The Police from Killer Soldiers?