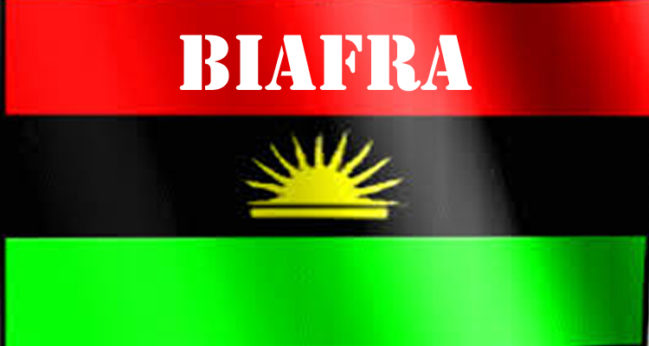 Commercial activities have resumed in Port Harcourt, the Rivers State capital, after a crunching pro-Biafran sit at home strike called by the Indigenous People of Biafra(IPOB), to honour those who died during the Nigerian Civil War (1967-1970).

Tuesday, when the sit at home order was proclaimed, business activities were shut down in Port Harcourt Metropolis and Obio/Akpor Local Government Areas, in compliance with the sit-at-home order. It was the first time that a pro-Biafran proclamation would be observed in a peaceful atmosphere even as Rivers people stayed off the streets in fear of possible break down of law and order.

Shops were shut at the popular Rumuomasi foods stuff and Ikuko Spare Parts Markets while the perennial Mechanic Village at Elekahia did not heed the sit at home proclamation as they opened shops for business. However, many shops were locked in Rumuola, Rumuokuta and other parts of the capital city.

Also, for the first time in months, commuters could move about unhinged by traffic jam as traffic was light throughout the strike. Trading activities, which usually drive commuters crazy at the Oil Mill, Artillery, Market and Slaughter Bus/Stops and Eleme/OyigboToll Gate, were bearable.

But the teeth grating locations were in the hob of IPOB militancy: Mile 3 Market, Building Material Market and Ada George Road. Here shops were in total locked down. Business activities were almost nonexistent as unsuspecting customers found when they came to shop.