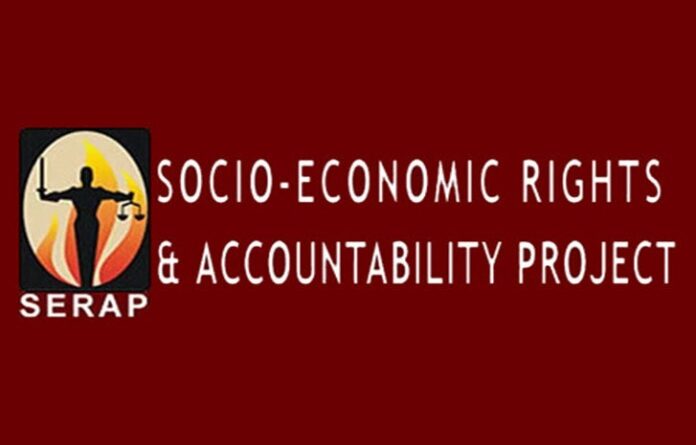 Socio-Economic Rights and Accountability Project has dragged the Federal Government and the National Broadcasting Commission to the ECOWAS Community Court of Justice in Abuja.

The suit marked ECW/CCJ/APP/19/21 was filed last week by SERAP and 24 concerned Nigerians.

FG and the NBC were sued over “the arbitrary use of the NBC Act and broadcasting code to target, harass, sanction, and fine independent television and radio stations in Nigeria, and to restrict Nigerians’ freedom of expression and access to information.”

SERAP in the suit prayed the ECOWAS Court to declare “illegal and contrary to Nigeria’s international human rights obligations the provisions of the NBC Act and broadcasting code frequently apply by the Federal Government and NBC to target, harass, intimidate, and impose sanctions on independent television and radio stations in the country.”

The suit followed the “bridge [breach] letter’ by the NBC asking Channels TV to explain why it interviewed the spokesman of a proscribed organisation; the ban on Jay FM 101.9 Jos for playing songs such as Falz’s ‘This is Nigeria’, Wande Coal’s ‘Iskaba’ and Olamide’s ‘See Mary, See Jesus’; and the N9m fines imposed on Channels TV, AIT and Arise TV [N3m each] over their coverage of the #EndSARS protests.”

The suit read in part; “Censorship restricts the flow of information from the Federal Government and its agents about issues of public interest, preventing people from accessing critical information, expressing themselves, and denying them opportunities to assert other fundamental human rights.”

“It also violates the rights of people to openly discuss issues relating to transparency and accountability in government, and prevents them from accessing information on a wide range of related concerns.”

“The Federal Government and NBC should be stopped from using the broadcasting code or any other regulations and/or law to erode the sacred rights to freedom of expression, information and media freedom, which is the bedrock of the rule of law and sustainable democracy.”