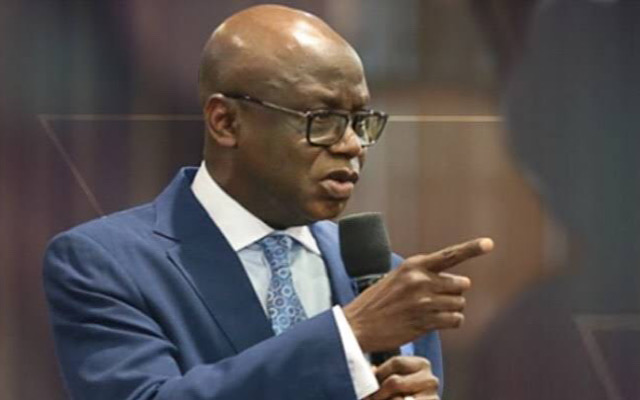 General Overseer of Citadel Global Community Church, Pastor Tunde Bakare, has said the legacy of President Muhammadu Buhari is in grave danger of being confined to an unsavoury side of history given the state of the nation.

Bakare made the remark in a State of the Nation Broadcast in the church on Sunday.

The cleric who was Buhari’s running mate in the 2011 presidential election said he was compelled to speak because Nigeria is in a state of emergency.

He noted that the state of the nation does not represent the Buhari whom he used to know.

Bakare recalled how he was invited to run with Buhari as his vice in the presidential election of 2011 which was lost to Goodluck Jonathan of the People’s Democratic Party, adding that he was among those who prevailed on Buhari not to quit his quest to become president.

“I am compelled to speak out because the state of the nation does not represent the Buhari I knew when we took that solemn journey towards rebuilding Nigeria.

“I am compelled to cry out because of the intent of the president as contained in his tribute dated October 14, 2019 in honour of my 65th birthday PMB wrote to me: “We have shared ideas on how to engender a better country and formed a tag team for political power. May the ideas germinate fully, proliferate and give us the country of our dreams.

“The purpose of this address is to present the facts of this diagnosis and point a way out of our current crisis even as we approach a critical juncture in the administration of President Muhammadu Buhari,”.he. said.

Speaking on the rising insecurity, he said: “Not even the President’s controversial shoot-on-sight order for illegal bearers of AK-47 guns has proved sufficient to abate these attacks.”

He backed calls for the restructuring of the country, insisting that such a move should not be seen as a threat to the unity of the nation.

“We have failed to realise that a strong federal government working with strong federating units can guarantee the security.”

Bakare added; “We have failed to appreciate the fact that coordinated governance by the different states in each of the geopolitical zones will enhance the security of Nigerians and bring our people out of poverty.

“This is the heart and soul of restructuring. Restructuring does not mean the dismemberment of the Nigerian state. It is not an attack on Nigerian unity. It does not mean disadvantaging any section of the country.”