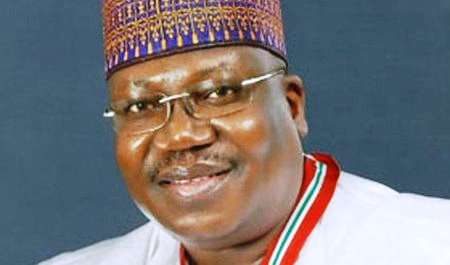 The President of the Senate, Ahmad Lawan, has urged the Presidential candidate of the Peoples Democratic Party (PDP) Alhaji Atiku Abubakar and the party to accept defeat.

The president of the Senate in a reaction to the dismissal of Atiku’s and PDP’s appeal by the Apex Court, according to a statement by his Special Adviser (Media), Ola Awoniyi, lauded President Muhammadu Buhari and the All Progressives Congress (APC) on the “indelible judicial seal the Supreme Court has put on their victory in the presidential election of February 23 this year.”

“Now that the litigation is over, we should all rally as one people behind the President of Nigeria, Muhammadu Buhari, in his commitment to building the great nation of our dream.

“The petitioners should gracefully accept the final verdict of our court of law while the winners should demonstrate magnanimity by extending the hand of fellowship to the opposition with a view to carrying all Nigerians along in the arduous task of nation-building,” Lawan said.

The Senate President felicitated with Buhari and the ruling APC over the “ringing affirmation of the solid mandate the Nigerian people freely gave them, as first proclaimed by the Court of Appeal and now finally by the Supreme Court.”

Lawan insisted that the unanimous ruling of the Apex Court has removed whatever doubt that might have been raised on the integrity of the last presidential election.

The Senate President urged President Buhari and his government to continue to focus on good governance so as to deliver on the President’s agenda of improving the lives of Nigerians and putting the nation on the path of sustainable development.

Lawan said the 9th National Assembly will continue to produce good legislation and pursue harmonious relationship between the organs of government and among Nigerians for the unity, peace and progress of our fatherland.