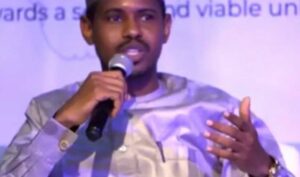 In recent years, Nigeria, particularly the northern part of the country, has gone through a series of debilitating crises that have become existential threats to the region and the entire country and even the West African sub-region to some extent. The Boko Haram insurgency in the northeast, the herder/farmer crises in the north-central, the kidnapping and banditry in the northwest, the ethnic clashes in the middle-belt have all spilt over across other regions of the country, causing chaos, social instability, and economic devastation.

Governments at all levels have tried hard to contain these menaces through conflicting policies, strategies, and approaches. But, evidently, none of these has succeeded, yet, as these crises grow and engulf more Nigerian lives and properties daily. With the troubles raging, the regional economic and social fabrics go down the slope. Farmers have abandoned their farmlands; herders are on the run, business people are on a massive exodus to urban centers. Schools, hospitals, and other social services are no longer obtainable in many places across the region. These are serious but not insurmountable challenges.

Despite its effects on livelihoods, physical destruction can easily be reversed in a relatively short period. The political history around the world teaches us this basic fact, with Germany, Poland, Russia and even Rwanda as cases in point. Left in rumbles decades ago, these countries provide development models for the world to follow today.

On the contrary, a society whose social fabrics are destroyed is more difficult to rebuild, for a nation grows in and flourishes from the minds of its citizens – their beliefs, dispositions, attitudes, education, etc. Sadly, the proud, significant historical antecedents of northern Nigeria are maliciously challenged on all fronts, with destructive narratives, or what my friend Dr. Samaila Yandaki calls “falsification of history” being pushed against the people, culture, and sociopolitical freedom of the region. This, as far as statecraft is concerned, is more dangerous to the corporate existence of the area and indeed Nigeria in the long run than the physical challenges we are currently battling. Here is why.

For many decades, northern Nigeria and its people have endured a consistent assault on their historiography, heritage, and sociopolitical status. At the expense of sounding conspiratorial, I believe it is safe to state that the constant ethnic and regional profiling of the North and its people is a deliberate, well-planned assault aimed at breaking the very social fabric that held people together. The orchestrators fully understand the natural advantages and disadvantages of the region at equal proportions.

In today’s Nigeria, the North has been stereotyped in the most dangerous way. In the Nigerian sociopolitical scheme, northern leaders have been systematically stigmatized, with all the evils and ills of the country being falsely but persistently attributed to the failures of the North, even though history proves to the contrary. Some people propagate this antagonism without equal acknowledgement of the good tidings, sacrifices, patriotism and contributions of northern leaders and northerners in the Nigerian project. The bitter, unbiased truth is that the problems and prospects of the Nigerian state are Nigerian, with all regions, ethnicities and religious identities contribute their fair share in making or marring the country.

Similarly, the Nigerian media has worked hard to regionalize or ethicize all kinds of human criminalities against the North. The media ascribe all sorts of criminal acts to northern folks or, precisely, Fulani, without recourse to the dangers these kinds of ethnic and regional profiling pose to the ordinary northerner. Conversely, criminal gangs, armed robbers in all southern states, notorious kidnappers, internet fraudsters and corrupt public officials would pass as mere criminals if, at all, they get reported. There won’t be a mention of the regional, ethnic, or religious identities of those criminals. Unlike the former, we all share the criminal’s misdemeanor as humans and Nigerians. They are now “Nigerians,” not southerners, Igbo, Yoruba, Ijaw, etc. The hypocrisy is stinking.

Furthermore, today’s public discourse in, about and on Nigeria is a mere comparison between a supposedly ‘wealthy, educated’ south versus a supposedly ‘poor, illiterate’ north. This narrative gained traction by consistent and persistent reportage, which went unchallenged for too long. It is indeed true that all you need to validate a narrative is to keep saying it. While the ills caused by the utterly disgusting failure of the Nigerian leadership obtained in the North are reported or tagged as northern, the similar or worse scenarios obtained in the south will not belong to the southern region but the Nigerian federation. For the common audience, this kind of deliberate misrepresentation of information has caused deep-rooted mischief and hatred against northerners.

The dangers this stereotyping portend for the region’s future is, in the long run, worse than its current physical challenges. For one, the political leadership required to solve the physical problems will be entirely messed up in ways never seen before. Secondly, the communal consensus that gave the region the upper hand in the political scheme of the country will be dismantled, leading to distrust, disharmony, and possible internal disintegration. Thirdly, young Nigerians constantly fed these venomous, hate-filled narratives are prepared to antagonize their northern counterparts, a situation that will affect their participation in the Nigerian project. The tail end of this debacle is not a story I would like to predict. We have seen examples in Nazi Germany and Rwanda.

The good news, however, is that the solutions to this seemingly intractable problem are not farfetched. It has been said that if you want to use a mirror, buy your own. People are made by their history; their minds are shaped by their stories; while their future is dependent on their world views, their dignity and respect depend on how others view them.

Indeed, the animosity and distrust between the major ethnic and religious groups in Nigeria are as old as the country itself. Among the major culprits in fanning the embers of this powerful but devilish attempt to demonize the North is the Nigerian media which has deliberately and consistently pushed stereotypical narratives against the region.

However, one of the reasons the campaign is succeeding is the total lack of counter-narratives that would eventually challenge the misinformation churned out by the Nigerian media against the region. If this is the case, then the only way out for the North is to speak out, provide content and information, counter-narratives and reliable, factual evidence that will eventually challenge the calculated attempts to demonize its history and hamper its progress. To do this, the region’s intelligentsia, political and economic leaders must be dedicated to and invest heavily in the media. It is only then that the North and its people will be fairly represented.

Ahmadu Shehu is an Assistant Professor at the American University of Nigeria, Yola. He writes from Yola, the capital of Adamawa State. 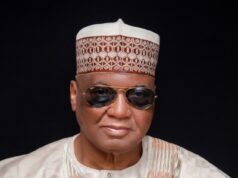 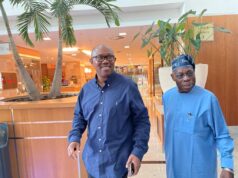 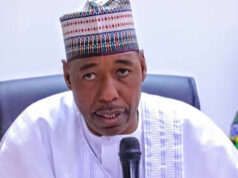 Killing People is Easy for Us- Arrested Book Haram Member