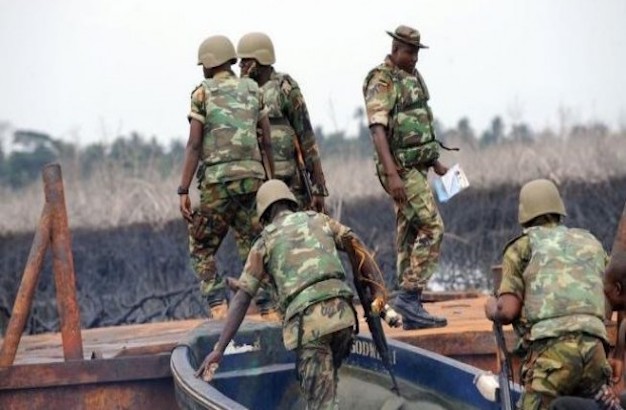 Troops of the Nigerian Army on Saturday, rescued 10 expatriate workers and four Nigerians kidnapped by sea pirates off the coast of Gabon.

According to a statement by the Nigerian Army spokesman, Brig.Gen. Mohammed Yerima, the rescue operation conducted by troops of 6 Division was carried out successfully and without any incident or casualties.

Yerima noted that the victims will be handed over to law enforcement for further profiling before they are released to their loved ones.

Meanwhile, a clash between troops of Operation Hadarin Daji and criminal elements in Katsina State resulted in the death of four bandits and a soldier.

The incident occurred on Thursday in Marina village, Safana Local Government Area of the state.

In a separate statement, the Army spokesman commended the gallant troops for the successes achieved and their commitment so far.

While urging the troops not to rest on their laurels until the North-West zone is rid of all criminal activities, Yerima assured the people of the region of the troops’ commitment to the safety of lives and properties within the zone.