With less than four days to the resumption of the Senate after the three week break following the inauguration of the Ninth National Assembly, the choice of who becomes the majority leader of the Ninth Senate between the spokesperson of the 8th Senate, Aliyu Sabi Abdullahi (Niger North) and former governor of Nasarawa State, Adamu Abdullahi, (Nasarawa West) is the question on the lips of National Assembly watchers.

The Politico understands that the Senate President, Ahmad Lawan, is expected to announce the occupant of the top Senate position next  Tuesday.

Findings by our correspondent reveal that the All Progressives Congress(APC) is sharply divided on who should be nominated for the position.

Those backing Sabi Abdullahi are banking on his oratory prowess, loyalty to the party, physical ability, because of the obvious physical strength required for the office  and the visible roles he played during the emergence of Lawan as Senate President. 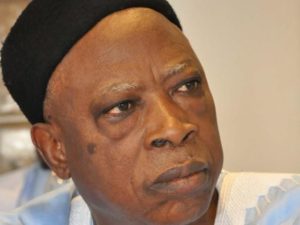 Meanwhile, those supporting Adamu Abdullahi said his Parliamentary Support Group, the group he floated during the 8th Senate to rally support for President Muhammadu Buhari in the National Assembly, is enough to land him the position of the Senate Majority Leader.

Aside that,  supporters of the former two-term governor say as a third time senator , he has got enough legislative experience  that can’t be discarded, his advancing age notwithstanding.

Leadership of the APC has reportedly zoned the position of the Senate Majority Leader to the Northcentral geopolitical zone where the two contenders for the position come from.