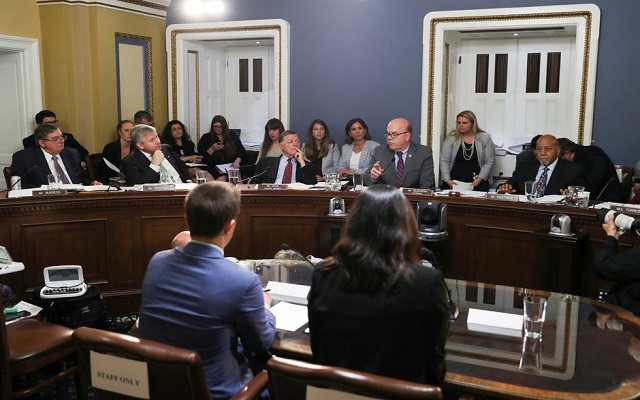 Public hearings in the impeachment enquiry of US President Donald Trump is set to begin.

In a vote that conformed with its partisan divide, the U.S. House of Representatives voted 232-196 to pass a resolution Thursday that formalizes the next steps in the impeachment inquiry.

“Sadly, this is not any cause for any glee or comfort. This is something that is very solemn, that is something prayerful and that we had to gather so much information to take us to this next step.

“Every member should support allowing the American people to hear the facts themselves, that’s really what this vote is about”, Speaker Nancy Pelosi said on the House floor prior to the vote.

According to reports, the House Democrats have been building their case against Trump since last September accusing him of abusing his powers as president by asking the president of Ukraine to announce an investigation of one of his political rivals, former Vice President Joe Biden, and to cooperate with Trump’s lawyer Rudy Giuliani to validate a right-wing conspiracy theory about the 2016 election.

A July 25 phone call between Trump and president Volodymyr Zelensky alarmed multiple U.S. government officials and sparked a whistle-blower complaint. In closed-door interviews conducted by the House Intelligence Committee, witnesses have testified that nearly $400 million in military aid was withheld by the Trump administration to compel the government in Kiev to comply.