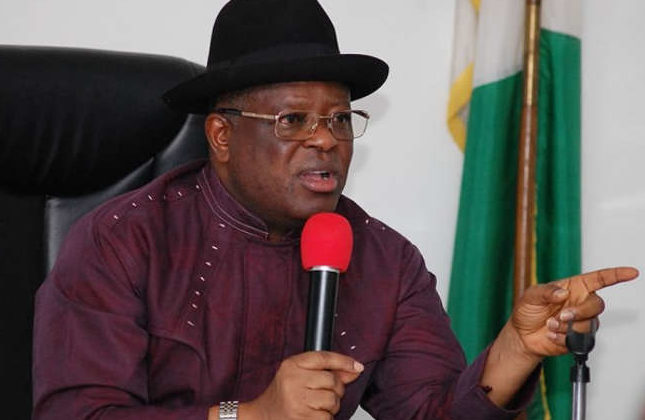 Ebonyi  State Governor,  David Umahi, has  charged  members  of the  National  Youth Service Corps (NYSC) to strive to promote the unity and indivisibility  of the country during their  service  year.

Umahi  stated  this  at  the passing out ceremony  for corps members who served  in  the  state at the permanent orientation  camp, old Mcgregor College,Afikpo North  Local Government Area.

Represented by the Secretary to  the  Government,  Dr.  Kenneth Ugbala,  the governor said  that the  NYSC scheme was  established  46 years ago to foster national unity  and  integration.

Umahi noted that the scheme  is a unifying programme whose aim is bringing together  young Nigerians  of varying cultural, religions and socio-ethnic backgrounds to provide  the  integrity of the nation as one united and indivisible entity.

He commended  them  for their  various  contributions  to the development of the  state , adding that some of them have excelled in the areas  where  they  served

The governor  charged  them  to apply the lessons they  have learned during their  service year to  guide  them in future.  He also urged them  to preach  the gospel of national unity   wherever  they may  be found.

While wishing  the corps members good luck, he  also  commended them  for their  contribution  to  the development  of the rural communities  in the  state.