The Chief of Air Staff (CAS), Air Mashal Sadiq Abubakar, has blamed unpatriotic elements in Nigeria over the funding of some terrorist groups in the country that keeps fanning the embers of discord and crises in the country.

Abubakar disclosed this at the official commissioning of Small Arms Shooting Range and some projects at Nigerian Air Force Base, Bauchi.

He said it was unfortunate that when the Air Force and other security agencies were busy trying to curb the menace, some unpatriotic Nigerians were busy supporting the groups.

“Some of these groups are being funded, supported and encouraged by certain unpatriotic Nigerians for self-centered political interests.

He further said that NAF had deployed about 1,000 Special Forces in addition to air assets in support of other security agencies to deal with the threats.

Abubakar said that the air operations in Zamfara were being reorganized and very soon, more personnel and assets would be deployed to support the exercise, code named “Operation Sharan Daji.”

He said that 2,000 Special Forces had so far been trained and were currently in Benue and Gembu in Taraba while some would be deployed to Agatu in Benue and Nassarawa State.

Abubakar said 14 additional air assets were acquired by the force and had since been deployed to various operations in the country.

He said that another 12 Super aircraft were being expected from USA and 13 serviceable aircraft on the fleet of the force had been activated while three others were being reactivated.

The CAS said that the shooting range being inaugurated would sharpen the skills of officers and men likely to be deployed to various battle fields in the country.

He commended President Muhammadu Buhari for his support to the force by ensuring that it had well trained personnel and equipment to enable it to discharge its constitutional duties. 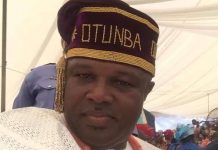