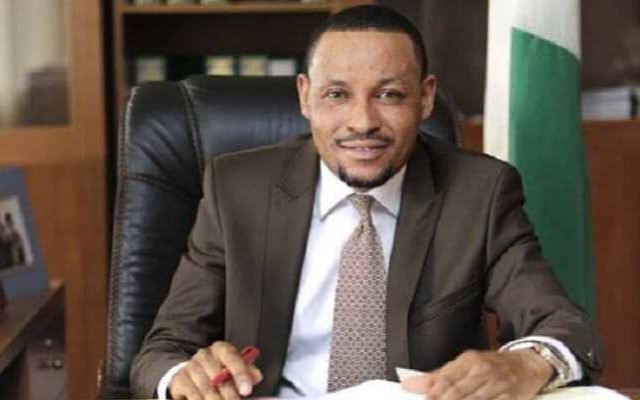 Nigerians on social media have called for the removal of the chairman, Code of Conduct Tribunal, Danladi Umar, for assaulting a security guard in a video which has gone viral on social media.

In the five minute video, Mr Umar was seen slapping and kicking the security guard at Banex Plaza in Wuse, Abuja.

The video generated angry reactions on Twitter as many Nigerians lambasted the CCT chairman for his conduct.

While reacting to the incident, Umar’s spokeperson, Ibraheem Al-Hassan, in a statement, said the CCT Chair did not assault the guard, ”but was the one assaulted during the altercation” that ensued over parking space on the premises of the shopping plaza.

Al-Hassan blamed “Briafran boys” for the alleged assault on his boss at the plaza.

“As the few policemen in the complex were apparently overwhelmed by the mobs, consisting of Biafran boys throwing matches and shape object to his car, which led to deep cut and dislocation in one of his finger, causing damage to his car, smashing his windscreen,” the statement said.

The phrase “Briafran boys” Umar used to describe Nigerian youths of South Eastern extraction further fuelled the existing outrage on Twitter as Nigerians described the CCT chair as unfit for his office.

Activist Aisha Yesufu in a video on Wednesday, called for the removal of Danladi for addressing citizens as “Biafran boys”.

She said; “Chairman of the Code of Conduct tribunal refers to citizens as Biafran Boys? This is the height of it!

“Justice Danladi Umar needs to be removed from office! He has shown his bias and his position requires neutrality.”

A lawyer and activist, Inibehe Effiong, also called for the removal of Umar as CCT chair, saying he lacked the discipline and reputation to hold the position.

He further described the CCT chair’s actions as “thuggery and bigotry” which should not be associated with someone of his status.

“Mr. Danladi Umar has to quit his position. He lacks the discipline and reputation to lead the Code of Conduct Tribunal (CCT). CCT is meant to hold public officers to ethical standards and moral rectitude. The head of the CCT should not be associated with thuggery and bigotry,” Effiong said.

A Twitter influencer, @Ayemojubar, said “Danladi Umar knew nothing would happen, and he was right. He’s not the problem but the president that allowed impunity to flourish.”

Meanwhile, an activist, Deji Adeyanju, has warned that if no action is taken against Umar this week petitions will be sent to foreign embassies in Nigeria next week to impose visa ban on him.

“If nothing is done to sanction Danladi Umar, Chairman of CCT this week, we will be left with no option than to write foreign embassies in Nigeria next week seeking visa ban against him as he appears to be above the law in Nigeria,” Adeyanju, a co-Convener of Concerned Nigerians tweeted.