In a fairly large space at the Smithsonian Museum, at the epicentre of Washington DC, were his exhibits. When I saw it, I was happy and sad at the same time, with my eyes darting left and right, in appreciation of the magnificence of those works. 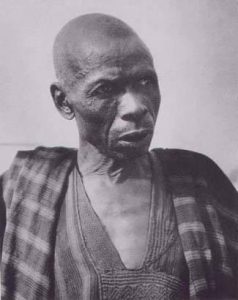 He was not lettered; never had a single day in school. As an artist and a sculptor, he was accomplished and continued to be celebrated across the world. I am talking of a man simply known as Olowe of Ise. Some called him Baba Olowe.

Even after his demise, his works still adorn museums and private homes across the world, from Europe to America. But then, interestingly pathetic is the fact that not a single one have I seen in Nigeria, his place of birth and origin. Much more interesting is the fact that he is from my state, Ekiti. He was born in Efon-Alaaye but practised his trade in Ise-Ekiti, where he was a patron of Oba Arinjale, in the early part of the 20th century. From the palace of Arinjale, he was commissioned by other kings to do eye-popping sculptures for them.

Baba Olowe was an accomplished personality. The only photograph of him available shows a simple peasant in his agbada on pant. No under coat or any other piece of dress whatsoever. It still beats the imagination that not many today in Nigeria or Ekiti, his place of birth, have heard of him.

It is most unlikely any student will go through the humanities in Europe or America and not hear of this sophisticated and much celebrated sculptor who has become a big subject in art history. Should any of his works appear at auction in Sothebys  today, it can’t attract less than 20 million pounds, a connoisseur of Art once told me. He was described by one of the experts on his works as “wood sculptor, master innovator in the African style of design known as oju-ona.”

Such is the nature of creativity. Wherever it offshoots, it is lapped up by the world.

Here at home, Baba Olowe is not known. He remains lost in our history yet he was the most accomplished sculptor of his age in Yoruba land. His works were used to adorn the palaces of the kings, the high, the mighty and the wealthy.

He sculpted human figures, gods, doors, door frames, veranda posts as well as pillars of  palaces. With such accomplishments, you will think that there will be a tradition of sculpting and a lineage of sculptors in Ekiti.

Since I was born, I have not encountered one sculptor in that locality or seen any work by a successor.

Growing up in Ado-Ekiti, my birth place, traditional iron smith workshops dotted our landscape. Practitioners fabricated cutlasses, hoes and other farm implements. They made dane guns, bullets, body armours, domestic as well as combat knifes, animal traps, etc. In those days, weeks to Christmas, we commissioned them to produce our own local version of bangers for us.

As a young boy, I remembered running errands for my grand parents to the goldsmiths. I will take pieces to them for washing and renewal and collect same when ready. Not sure today if any goldsmith is left in that town. The trade has disappeared. Our people now made do with ‘bling blings’ from China. Shoe cobblers made fanciful shoes and caps adorned with precious beads and pearls for kings and chiefs, then.

Our luggages were made of metal, locally. When going to boarding school, our mothers took us to them to customise for us, with our names adorning the body of the boxes.

Our masquerades were beautifully, colourfully and sophisticatedly adorned. Women drew or painted abstract patterns on the walls of their homes using lime chalks and indigo. Our balconies were protected by complex wood sculptures and molded lions adorned the balconies to show that the owner of the home was someone to be feared as you fear a lion.

Drums by local musicians were locally made. I remember following the women of our lineage to the Alakinyedes who made them drums after collecting some money and sacrifices to appease their ancestors who handed the craft over from generation to generation.

Of course there were the diviners, the healers and the traditional midwives who took care of the health of the community.

The builders, expert local architects and engineers were in abundance. Standing out opulently and impressively as a mark of tribute to those craftsmen are the Anglican Church Cathedral, in Ado Ekiti, the Asamo and Egbedi chieftaincy homes and many others.

Such expertise in stone architecture and building are a marvel, till today. All of these constitute what is called culture, the totality of which we abandoned, making us become a nobody, which we almost are today. 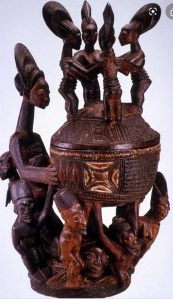 Apart from the farmers who fed the community, the majority of our youths were engaged and occupied by these ventures. They lived a dignified life. They never wanted or begged for existence. Drug consumption or addiction was virtually non-existent. That was a simple society where everyone made his or her little contributions and produced what they consumed.

Anyone who has done a cursory study of the agricultural and industrial revolution will know that the nation of the West were once like we were then. They grew their local knowledge and capabilities to become who they are today. The technological feats we are all benefiting from today are products of such humble beginnings. In our own case, we dropped the ball.

See what we have become today or what has become of us. A people lost, not knowing where they’re coming from nor where they’re going. Everything we use now comes from China, Vietnam and other nations; nations who, yesterday, were far worse than we have been.

Our women are no longer contented with our suku hairdo. We now go as far as Brazil for hair to farm our heads. The art of hair weaving that ‘eye’yalode’ onidiri does so well with the help of ‘adin agbon’ is now lost. We wear foreign hair and use foreign chemicals to make up our faces, all in a bid to appear western. Despite all the wishy-washy trends, suffice it to say that our women are not more beautiful now than they were then.

The land of Baba Olowe today is littered with young men who are unemployed and unemployable. Young people are hungry where anything can grow but the will and incentives to grow things are lacking. Drug abuse, yahoo-yahoo, all form of scams and idleness are now the order of the day. Even the government of the day, are engaged in one scam enterprise or the other. It is the reality of the 21st century.

All this partly explains our problems, today. 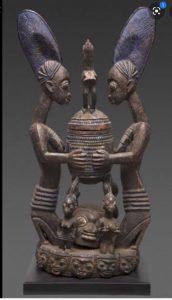 The Thais fed us with their rice. Chinese clothe us, supply our farm implements and our building materials. People from Turkey, as well as Chinese prisoners, are now building for us. Indians supply our medications, including Tramadol, to make us high. Russia gives us our guns and bullets; Brazilians supply our women’s hair. We all are clothed by products of textile factories in Asia. Chile ships to us barrels of wine. Nothing has been done to improve the lot of our local palm-wine.

Our governors are running from pillar to post, in Europe and America, looking for investors that will not come. They are prostrating to bureaucrats in the Breton Wood institutions, looking for money to satisfy their acquired tastes and disguise it as looking for help to take care of the needs of their people.

No one has cared to tell our governors that unless and until they mobilise the energy, talent and creativity of their people, the thousands of youths who roam about aimlessly and listlessly , will remain the way they are and get worse progressively. When the centre refuses to hold, things fall apart. 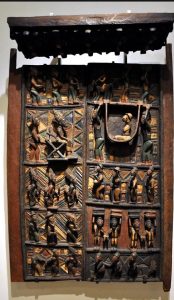 In their disconnect, we remain a people without respect, drifting in the ocean without compass. The rain has become a deluge and the flood ,right before our very eyes,  is washing our youths, our future away.

I dare say that it is going to be a long night, unless our local leaders are able to take a lamp to the darkness and make way for their people out of this long tunnel. That starts with diligence in choosing those who lead us. Not taken by appearances but digging dip for men of character. Dignity in integrity. This is the only magic wand.

Ojudu is Special Adviser to the President on Political Matters 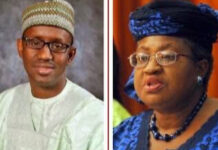 Ngozi: By Way of Congratulations By Nuhu Ribadu 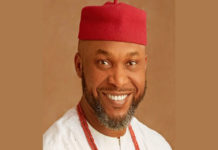