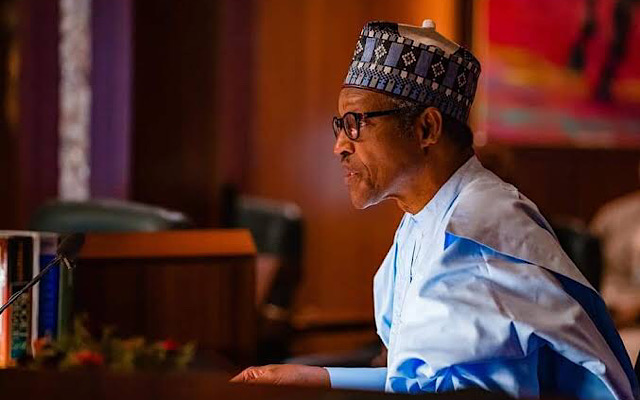 The urgent need to address the recent collapse of internal security and increased attacks on police formations, prisons as well as killing of policemen in parts of the country may have prompted President Muhammadu Buhari to fire the Inspector-General of Police, Mohammed Adamu.

The appointment effectively ended the tenure of IGP Adamu who is on a three-month extension of tenure.

While disclosing this development to State House correspondents on Tuesday, Minister of Police Affairs, Maigari Dingyadi, said the President owed no none an explanation of why he didn’t allow him complete the extension before appointing a new IGP in acting capacity.

Adamu’s tenure Buhari was extended for three months on February 4.

He has only spent about two months out of the three-month extension.

Adamu was fired shortly after visiting the Imo Police Command headquarters and the Owerri Correctional Service that were burnt on Monday.

The former IGP had during his visit to the scene of the attack ordered operatives to be ruthless against members of the proscribed Independent People of Biafra (IPOB).

Recall that Dingyadi had on Febrùary 4 announced the extension of Adamu’s tenure for three months.

But for his sack on Tuesday, the extension would have lapsed on May 3.

When asked why the President did not allow the outgoing IGP to last the three months of extension, the minister said, “Mr President is aware of this and you cannot take away that responsibility from him; he’s the one who is in charge of appointing or extending tenures.

“He has now decided to appoint a new person. So please allow him that responsibility and we cannot do anything about it.”

In announcing Baba’s appointment in an earlier statement, the minister recalled that the extension granted Adamu was to allow for a detailed process of appointing a new IGP in line with Section 15 (A) of the 1999 Constitution.

He said Baba’s appointment was line with the urgency to push for the implementation of the government’s police reform agenda as part of efforts to restoring peace in troubled parts of the country.

He said, “After a thorough check of a shortlist of suitably qualified police officers from the rank of DIGs and AIGs, who are eligible police officers, eligible for appointment as IGP, in line with Section 7, subsection 2 of the Nigeria Police Act (2020), and having regards to seniority, professionalism, record of service and competence, Mr President has approved the appointment of an acting IGP, in the person of Usman Alkali Baba, with immediate effect.

“These changes are in line with the determination of Mr President to rejig the security architecture of the country, to ensure that the security challenges bedevilling the nation are brought to an end.

“Mr President has therefore charged the new appointee to rise to the challenge to ensure policing reform policy of this administration is fully prioritised and implemented to enable the police to perform most effectively for the peace and security of lives and property of all Nigerians.

“Mr President thanks the outgoing IGP Mohammed Abubakar Adamu, for his professionalism and dedication to duty during the period of his tenure. He wished him all the best in his future endeavours.”

He was, until his new appointment, the Deputy Inspector-General of Police, Force Criminal Investigation Department, Force Headquarters.

He obtained a degree in Political Science from Bayero University, Kano in 1985.

The Acting IGP also has a Masters in Public Administration (MPA) obtained from the University of Maiduguri, Borno State in 1997.